What is a Home Reversion plan?

Home Reversion Plans involve selling all or part of your property to a specialist company in return for an income or lump sum. You then have the right to live in your home on a rent free lifetime lease for the rest of your life or until you leave. You will continue to maintain and insure the property in the meantime.

The amount you will receive will depend on your age, state of health and the value of the property, but as you will not be paying any rent this will be substantially less than the actual market value – between 24% and 65% depending on age or combination of ages. This is also because the company may have to wait many years before it can sell the property it has bought from you and realise its investment. For this reason home reversion providers will not consider applicants under the age of 65.

On the other hand, if you leave the property or die soon after selling your home in this way then the company can sell the property, take its profit and the scheme could prove to have been very expensive.

If you wish to definitely leave some of the property value to your estate, there is a home reversion option that allows you to sell a smaller part of your home initially. If you wish you could then sell more later. If house prices have gone up in the meantime you could receive more for a given proportion than when the plan was initially taken out. However, the reverse is also true – falling prices will reduce the value of any given share, although this is partly mitigated by the fact that you will be older and able to receive more for a given age.

There is a greater degree of certainty with Home Reversion plans than with other forms of releasing equity, as you know from the outset exactly what you will receive and what you are giving up. House prices become somewhat irrelevant (unless you only sell a part of the property initially).

You are also still able to move home if you want to although this will be subject to the agreement of the company who owns your home. They would need to buy the new property for you to live in but as long as this met their criteria it would be considered. Broadly, you could not move to a higher value home or one which they may find subsequently difficult to sell, such as a sheltered housing property. 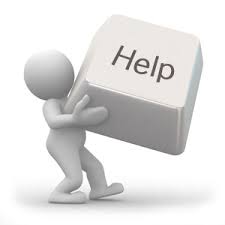